This article was translated from our Spanish edition using AI technologies. Errors may exist due to this process.

Right after introducing its new MacBook Pro and the new AirPods 3 , Apple launched a new product that immediately became a trend on the internet, and not because it was a great innovation, but because of its price . It is a small special polishing cloth to clean your iPhone and other devices that costs 549 pesos in Mexico . Of course, netizens immediately began to question whether it is worth paying such an amount for a ‘washcloth’.

In the official Apple store you can already find the polishing cloth for the brand’s devices. In the United States its price is 19 dollars , for Europe it is 25 euros , and in Mexico it can be obtained for the ‘modest’ amount of 549 MXN . In all cases the shipping is free , at least.

In the photos you can see that it is only a piece of white fabric, slightly padded and plush, with the Apple logo engraved in one corner. 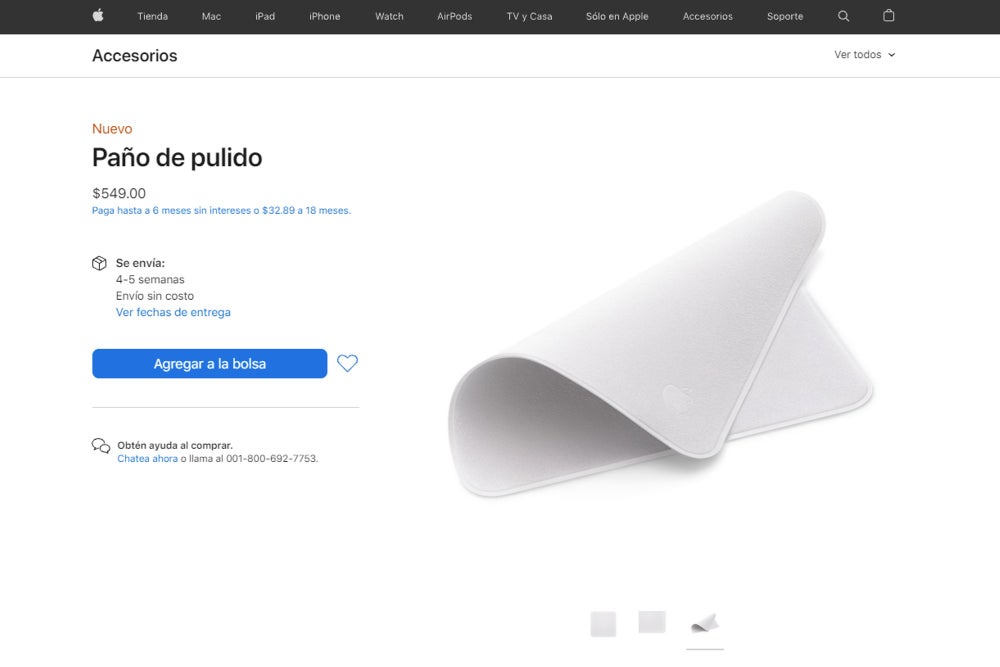 The description of the official Apple ‘cloth’ does not mention its size or measurements, but does detail that it is “made of a soft and non-abrasive material, it safely and effectively cleans the screen of any Apple device, including nanotextured glass.”

In addition, the devices with which it is compatible are listed, something that caused even more ridicule from Internet users.

Hey @Apple , how come the $ 20 cleaning cloth isn’t compatible with my iPhone 5 or iPod Classic? pic.twitter.com/iO8KwLjcm8

Does the Apple Iphone Cleaning Cloth work on Android?

Some users noted that there would be no difference between this and any other screen cleaning cloth, which cost much less than the official Apple cloth.

And you, would you spend 549 pesos on a washcloth to clean your iPhone?