On demand water service? David Amezcua , a graphic designer by profession, specialized in technology design and soon found himself working for large startups . Now the young man had the opportunity to present his on-demand water service in front of the sharks of Shark Tank México .

“Before Watify I was in Rappi, I was part of the team that started operations in Mexico … We started Guadalajara and Monterrey, but this was when Rappi was not yet known, then I saw him born in four cities until the moment I left that there were more than 500 cities and more than 2,500 employees ”, says David Amezcua in an interview for Entrepreneur in Spanish . 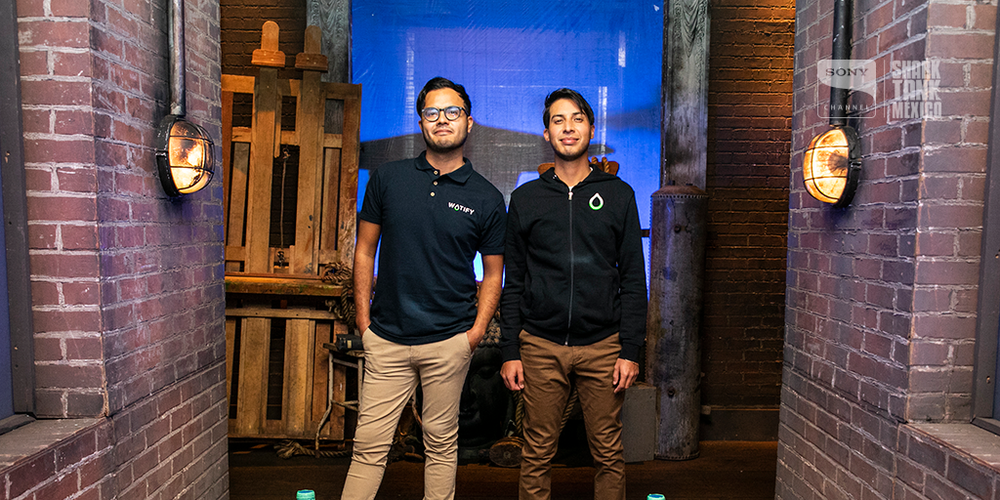 Align your skills with the family business

David’s father is a chemical engineer who has always been dedicated and specialized in water treatment, which is why the young entrepreneur was close to the subject all his life. However, he could not find how to connect his skills with his father’s business.

“He has a company in which they produce water for very large companies at incredible levels and provide services at a very industrial level, so he was always trying to push me there,” explains David.

The experience of the young entrepreneur is purely in the technological and innovation part, so he began to look for a way to relate that to the industrial production of water, and in this way Watify was born, an alkaline water brand that is distributed on demand.

“There are already many brands of alkaline water, but very few handle it at the jug level, almost all are bottled, I say it leaves you a little more margin, but in the end we wanted to do something more exponential, that we could scale. That’s where it was born, a bit familiar, but on a par with something that I knew how to do and in this way I took control of Watify ”, he says.

This brand was born in 2020 with a first investment round of friends & family of approximately one million pesos, “from there we bought the equipment, we rented the first branch and started with the entire strategy part.”

That same year, the company managed to open three branches, and sell close to one million pesos. Likewise, in 2021 they have an expectation of sales of one million 800 thousand Mexican pesos. Although they are still only found in Guadalajara, Jalisco.

“The truth of this service or of this industry is that once a client likes you it is very difficult for them to leave you, then we have a very high recurrence, at the same time we continue to integrate new users, but we have a user base that they ask every day and with whom we can grow and learn in a certain way “

Personalized service from the hand of technology

Do you need water? This entrepreneur wants to take it to your home. What do we have to do? Write a WhatsApp message or enter the company page and place the order. According to David, they want to deliver your jug in less than three hours after you order it.

Some bots or “little robots” receive your order, send it to the system and the logistics part of the company is in charge of sending you your water. The service has two aspects: you can order on demand or schedule the delivery of your water for the day and time that best suits you.

Meanwhile, another part of the company’s collaborators are in charge of collecting and analyzing the data of the different clients.

“What we do is digitize a service that has not been updated in recent years, and at the same time we analyze the data of each of the clients, we observe behaviors, and for example, we realize that some people ask every 15 days, So we try to anticipate, we send them notifications and we agree with them on the day and time of the water recharge or delivery ”, he says.

Did the sharks join in? 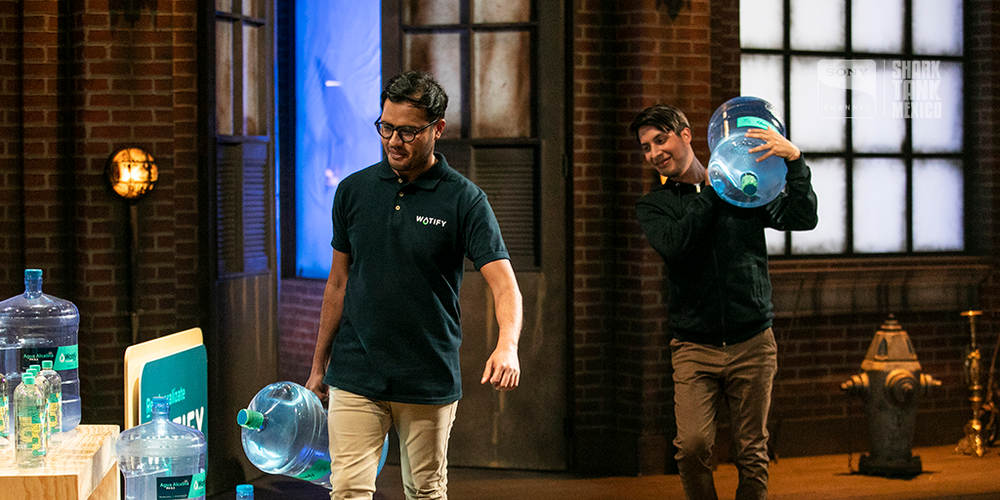 David arrived at Shark Tank México , which airs every Friday at 9:30 p.m. on Canal Sony, looking for 1,200,000 pesos, in exchange for 10% of the brand. And, although, he got several tips and a good “ review ” by the sharks, none of them were interested in the offer.

“They told us: the valuation is high, but we see a lot of potential for you … So we are very calm,” says the entrepreneur.

David Amezcua began his career in large companies where he developed in the technological area, while he was in them he observed that they “invested a lot” for a growth of one or two percent per year. This paradigm changed when the young man began working with startups , where he began to see growth figures of 20% and 30% per month.

“That was like the break I had to make to start getting used to it now to a rhythm that was totally different, that of startups , in which you grow all the time super aggressive and once that was taken away, I was it opened my brain, I removed many obstacles that I had, many blocks and now all I think about is how to grow so exponentially, how do I grow 20, 30, or 40% to be able to reach goals that people sometimes take as impossible, but when you exercise your mind to make it possible it is relatively easy, ”explains David.

In this context, the young entrepreneur gives us three tips to open our minds to new opportunities:

“We must get rid of many blocks that we have, either because of culture or because of how we are used to working. I think that is the important thing to get a company afloat. Run and make it grow all the time, that’s the only way to take a company or a project to the next level, remove the blocks and always think about growth ”.

“There are tools like YouTube , where you can research, find and learn something if you don’t know it, growth issues, technology development. For example: I didn’t know much about technology, and I had to get involved, to start doing many things … You don’t need to start big projects to learn, you can do it from your home with the internet ”.

“At the beginning, it costs a lot to let go or delegate various tasks and that limits you to not growing or not advancing your company as you want. You have to trust people and start letting them make important decisions so that they can move forward and start to see that you have confidence in them and suddenly you realize that teams work alone ”.